Showing posts from July, 2013
Show All

Review - The Paper Cinema's The Odyssey - My Edinburgh Fringe Choice 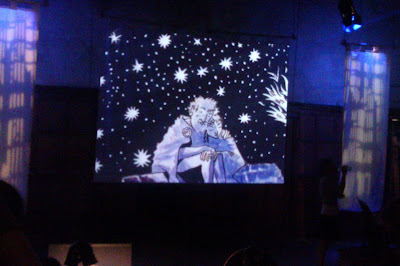 Next week the Edinburgh Fringe kicks off with thousands of performers, established and new, giving it their all on one of many stages all over the city. There will be so much to see at Europe’s largest cultural festival so here’s a little tip from me - Whatever you do at the Fringe, go and see The Paper Cinema! Founded in 2004,The Paper Cinema creates live animation with elaborate ink and pen drawn paper puppets accompanied by live music and special effects. Earlier this week I rocked up to the Battersea Arts Centre to check out The Paper Cinema’s production of Homer’s ‘The Odyssey’. Projected onto a screen, there are individual puppets and settings for every single scene. The characters and their surroundings become multidimensional through the painstaking manoeuvres of the puppeteers. Scenes, such as Odysseus sailing away while Penelope watches in the foreground or Odysseus and his crew running from the Cyclops with the latter’s gigantic feet crashing around them and trees speedi
Post a Comment
Read more 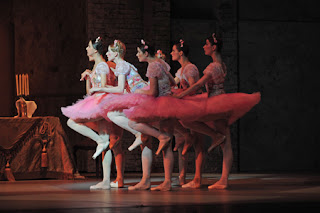 Last night I went to see the much-talked about Moscow Stanislavsky Ballet production of Roland Petit’s 1975 version of Coppélia at The Coliseum. The evening I chose to attend the show may have had a calmer atmosphere compared to the previous night which had a certain sensational bad boy in its cast. Semyon Velichko played Frantz, the boy enraptured by the life-like doll of the ballet’s title, with carefree charm and boyish swagger embodied in his leaps and facial expressions. As the real true love of Frantz, Natalia Somova’s Swanhilda was portrayed with sassiness and wit in her attempt to win back the silly doll-obsessed Frantz. The interactions between the two principles were both sexy and farcical.
Post a Comment
Read more
More posts