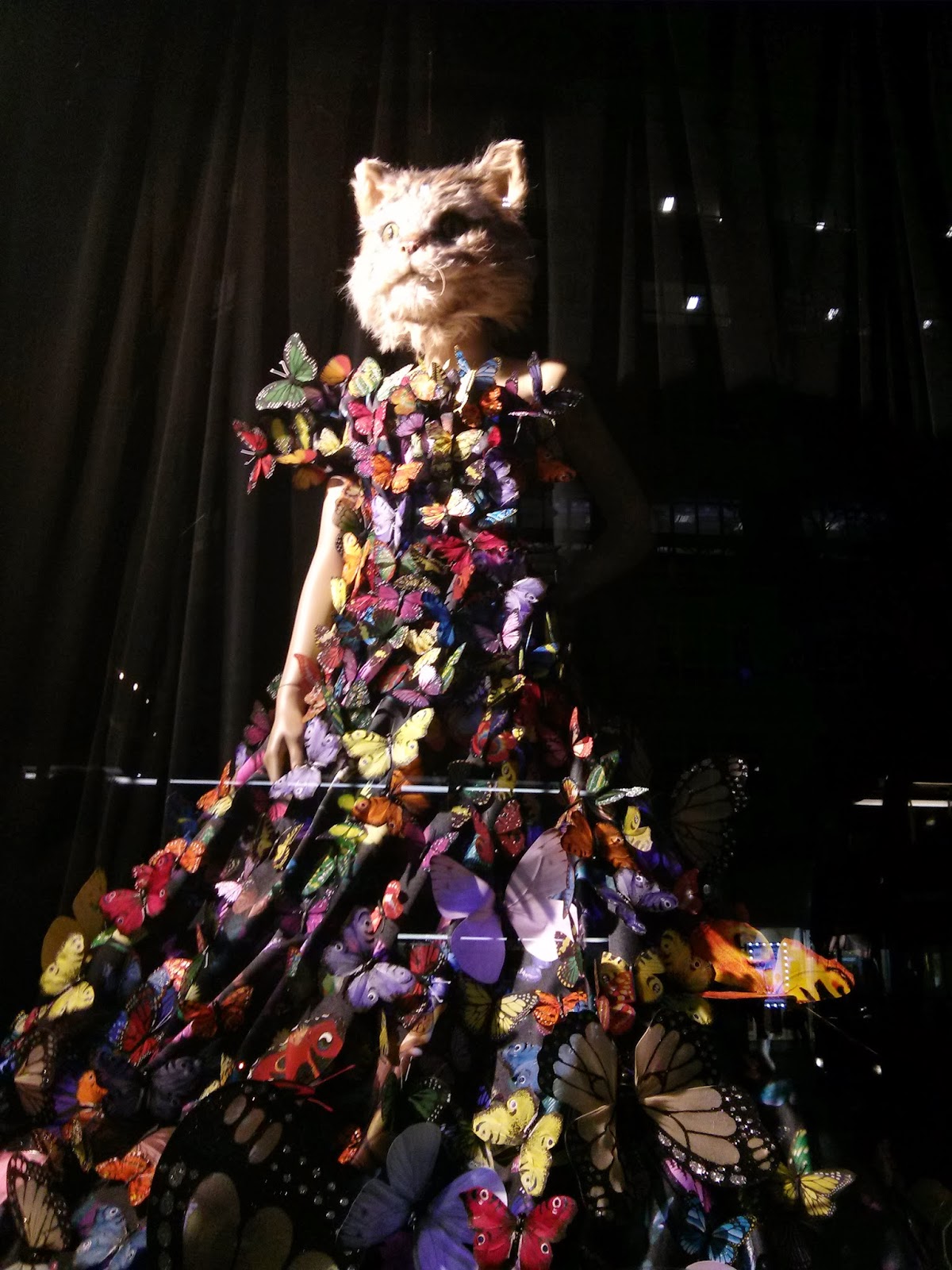 January is usually the least inspired month for shop window displays on the high street - an army of aggressive red banners roaring 'SALE' in your crowd-weary and weather-beaten face, stamping out the remains of sparkling whimsy from the previous festive period.

So a welcoming 'hurrah!' goes to Selfridges, which last week launched their Festival of Imagination, for starting 2014 with this feline beauty clad in a dramatic butterfly gown which attention-seeking stars would fight over for the red carpet. It's fantastical, dreamy and ever so gothic. Refreshing originality and bursts of colour breaking through the most cynical month on Oxford Street.

Posted by Unknown at 18:03 No comments: Links to this post

The festive sparkle of December was carried through to the usually glum January thanks to the English National Ballet’s swashbuckling Le Corsaire. The first time that a UK company has performed this ballet in its entirety, this production didn’t fail in delivering the spectacular.

Read more »
Posted by Unknown at 11:29 No comments: Links to this post

The last show I attended in 2013 was The El. Train - three one-act plays by Eugene O’Neill put together for the first time in a single production. The venue was the Victorian grade II listed Hoxton Hall which had been transformed into 1920s New York with a “Hell Hole” saloon bar serving up period-inspired cocktails and blaring out melancholic jazz. The theatre itself was turned into a cramped dark tenement block with the piercing sound of a railway train racing overhead followed by live music and the heart-rending vocals of Nicola Hughes.

Read more »
Posted by Unknown at 23:14 No comments: Links to this post