Showing posts from 2017
Show All

Art Review: America after the Fall at the Royal Academy 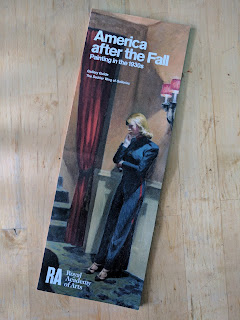 Upstairs at the Royal Academy, the pokey Sackler Wing bursts with a tremendous energy that encapsulates the despair, hope, fear and nostalgia that consumed 1930s America during a time of great uncertainty. This is an exhibition that, with its wild diversity, refuses to let you get comfortable. Visitors are thrown into a loud and bustling expressionist-led New York with Paul Cadmus’ rowdy drunk sailors and Philip Evergood’s dance marathon contestants edging closer to a brutal collapse as they desperately yet barely carry on. Away from the crowds, Edward Hopper’s lone usherette in New York Movie is bored waiting for the picture to finish for yet another night. Amidst the growing industry in the city, workers strive for empowerment. In Aaron Douglas’ Aspiration, the shackled arms of African American slaves wave underneath the defiant purple silhouettes of their descendents firmly grasping industrial tools and boldly pointing towards a towering city on a hill. Pat Whalen, an Irish-Amer
Post a Comment
Read more 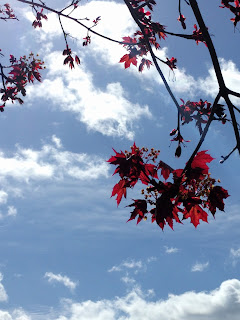 Everyday London is exhausting with its crammed morning commutes, endless queues and tutting. Thankfully, London is blessed with countless green spaces to retreat to when urban living gets a little too much to bear. Every public park or garden has a different appeal and its own unique story. Here are three of my frequented, and very different, locations for escaping the daily grind of the capital without actually leaving. Quietly tucked away in a corner of South East London, Lesnes Abbey Woods is less than a ten minute walk from Abbey Wood rail station. Commissioned by Richard De Luci in 1178 and knocked down in 1534 following Henry VIII’s Dissolution of Monasteries, what remains of Lesnes Abbey captures the historical imagination with its arched entrances and crumbling columns. And, yes, at night it looks very spooky. Behind the Abbey ruins lie gardens inspired by the monastic past and, beyond that, ancient woodland with archaeological findings dating back to the Bronze Ag
Post a Comment
Read more
More posts