Staying In: Strictly's Back! 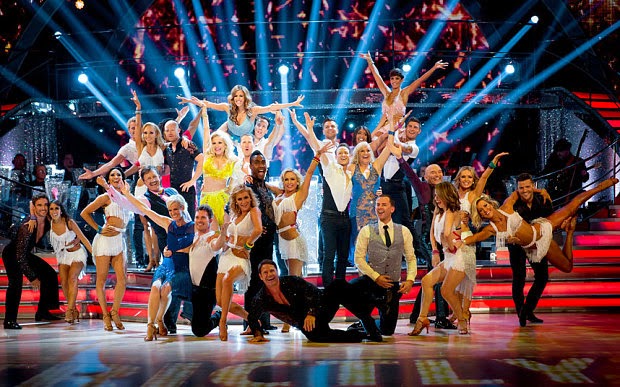 Officially, autumn began last Tuesday (thank you Google Doodle for the reminder). In my world, autumn starts tonight when the 12th series of Strictly Come Dancing kicks off with the live dances.

SCD is the glittering light that brightens up the cold bitter British evenings for millions of viewers. It’s unashamed, old fashioned entertainment that is on a par with watching an old Gene Kelly film on a Sunday afternoon in the feelgood stakes.

Read more »
Posted by Unknown at 18:13 No comments: Links to this post

Until recently, I shamefully dismissed Holloway Road as just a place to travel to for gigs at The Garage or comedy showcases at the Hen & Chickens and the only food available was from a kebab shop or Maccy D’s on the journey home. You had to make your way to Upper Street for a restaurant worthy of a hot date or family do. Georgian restaurant Tbilisi, on Holloway Road, is the little culinary surprise that proved me wrong.

Read more »
Posted by Unknown at 21:13 No comments: Links to this post

Last Saturday I visited Newham Leisure Centre to cheer on my favourite flat track roller derby team - London Rockin Rollers  - who were taking on Ruhrpott Roller Girls from Essen, Germany. An afternoon of dangerous sport, rock music and homemade cupcakes? Something for everyone surely!

Read more »
Posted by Unknown at 20:00 No comments: Links to this post

Email ThisBlogThis!Share to TwitterShare to FacebookShare to Pinterest
Labels: Leisure

Kräftskiva - Scandinavians show you how to party properly

With the end of summer, there’s no better way to make the most of what’s left than with a traditional Scandinavian crayfish party. Originally from Sweden but enthusiastically celebrated throughout the other Nordic countries, crayfish parties take place every August and are an uninhibited affair - participants should leave shyness and delicate table manners at home.

Read more »
Posted by Unknown at 22:09 No comments: Links to this post